Why Should I Self Release my Music?

Sharing music has become increasingly popular as technology has made putting media into the public domain considerably easier. Most releases in the past couple of years can be found on Soundcloud, iTunes and Spotify sooner than they will be in a physical store (if in stores at all).  Dropping your latest mixtape or EP on Soundcloud is great to share music for free. However, to start independently releasing music and to make money, a lot more thought and effort is needed. So why should you self release music?

The risks are higher than signing to a label, but there is definitely a reason why it works. Acts such as FKA Twigs, Ed Sheeran, Radiohead, and the upcoming Jorja Smith have chosen to self release their music.

We aim to bring you a more approachable explanation about DIY distribution is, as well as some of the benefits it may bring you. 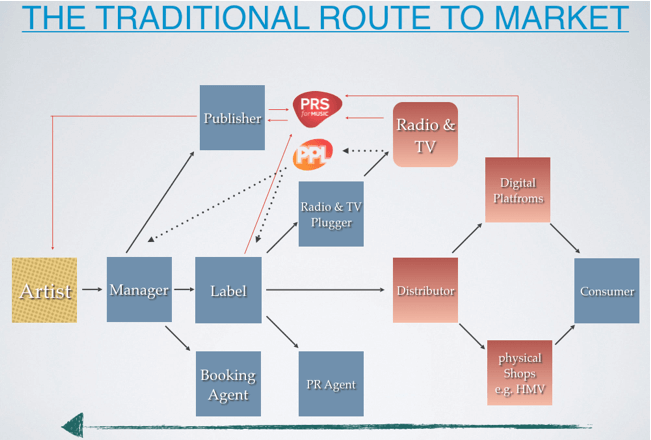 Ultimately, there are fewer steps required to self release than to have your music distributed through a label. 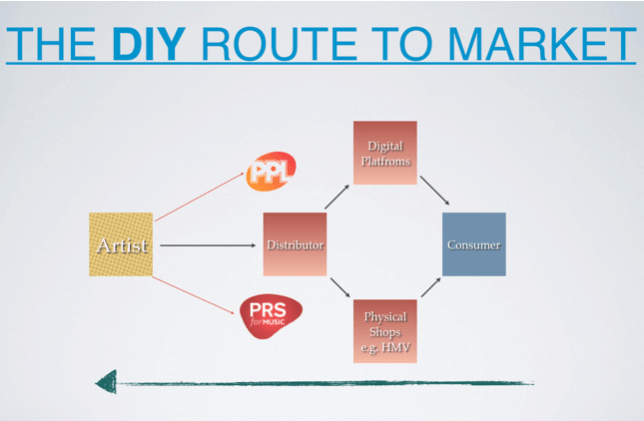 As you can see, the DIY route is a much leaner process with fewer middle-men. This does not mean that less work is needed to successfully self release music though. For example, a lack of a booking agent doesn’t mean that an independent artist will not perform. It simply means the task of finding events to perform at is the responsibility of the artist.

It is also important to note that working with PPL and PRS is essential with or without a label. They make sure you are paid whenever your music is used (e.g in an advert, film trailer, game soundtrack or at a bar). As a self releasing artist, you are both the performer and rights holder of your music. With this in mind, you should register with PPL accordingly to receive money for both.

Why you Should Self Release your Music

In order to begin distribution with a label, a contract must be negotiated and signed by both parties. As well as outlining can and cannot be done under the agreement, contracts often state that any recorded material is effectively the property of the label. Losing rights to your material can be frustrating further along in your career and can create problems. For example, if you switch labels and would like to re-release older material in new arrangements.

Under contract, your creativity will be controlled to some extent. For example, with major and independents you will generally be signed on for 4 worldwide album releases. This means that to avoid contractual repercussions (often financial) the 4-album-deal must be seen through to the end. Moreover, a change in genre that you might feel necessary may be frowned upon or even rejected by your label. A certain style of clothing or behaviour may be deemed more appropriate for you and forced upon you. To maintain complete creative control of your music and image, self releasing is more appropriate.

More commonly today, there are online distribution services that will allow you to distribute your music across online platforms. These services will often ask for a cut of the revenue generated from streaming and purchases. Alternatively, an up-front payment can be made, meaning all profits will be sent directly to the artist. This is exactly how we work at Horus Music, we allow artists to choose which option is best for them.

Is it Worth it to Self Release?

It cannot be denied that a lot of handwork and perseverance is required to successfully self release your music. It may seem daunting to not have the approval, direction and resources of a label.

However, done successfully, self releasing your music will earn you a larger share of your profits. It will allow you to retain all creative control and rights relating to your recordings too. This is a freedom that means you reap exactly what you sow.

Prev8 Tips to Get Your Music Heard
Get your Profiles VerifiedNext