How to become a successful local music promoter

Music promoters – usually just referred to as promoters – aren’t always lauded or widely recognised, but they do play a completely vital role in their local music scene. If you have been around your local music scene for a long time and you think you could do a great job working with bands, or you are simply looking for a fun hobby that could turn into something bigger, music promotion could be a great choice for you.

However, many budding promoters make mistakes that can lead to them giving up entirely, even if this is something that they have always wanted to do. So, if you are interested in becoming a gig promoter in your local area, this guide offers tips for how you can be more successful.

What is expected of music promoters?

The first thing to understand is what is actually meant by the role of the promoter. Firstly, you are going to be working with bands and bands’ agents to establish dates and times for performances, negotiating everything from their fees to the benefits that they will get such as accommodation or meals.

On the day you will also be expected to be on hand to ensure everything is running smoothly, and make sure the band has everything in place.

Getting experience and thinking outside the box

Functionally, there are two ways to become a promoter: work in a junior role at an established music promotion business, or start your own and start at the bottom. The problem in either of these scenarios is that you may be lacking in experience in the things that a promoter needs in order to do their job.

There’s plenty of competition for roles at music promotion businesses, so if you are looking to gain experience it could be worth considering an internship at another kind of events company. Through this work you can understand some of the basics of running events more generally – you can later use this experience as a promoter.

Starting small and finding a niche

It is a great idea to start small and build yourself up from there. Work with bands that you know well so that you don’t have the awkwardness of working with completely new people. From here you can slowly build up contacts with local bands, as well as the venues that they are going to be performing in.

You should work within a music scene that you enjoy and have an understanding of the popularity of local acts. This gives you a way to more easily estimate the kind of numbers your shows can attract.

Understand that marketing is a big part of the role

There can sometimes be some confusion for rookie promoters (and unfortunately in experienced promoters too) who believe that their job is arranging the venue and booking the band. They then leave the bands to do their own marketing work in the hope that this is an easy way to sell tickets without getting any of the graft done themselves.

The truth is that the role of marketing a show is a collaboration between the band and the promoter. The band is expected to do everything they can to get the word out – inviting friends, family, and fans. But it is the promoter’s job to get their marketing done too.

This can include everything from spreading the word across multiple social media platforms, to the good old fashioned printing of gig posters and getting them up around town to raise awareness of the show.

Where do promoters make their money?

The fact is that the majority of promoters starting out won’t make enough to live on from promoting, and typically will have ‘day jobs’ that allow them to enjoy the passion of music promoting. The money in promoting is typically only to be found with larger acts who can attract a decent audience. However, this is something you will need to build up to.

In general, you will take money based on ticket sales – either splitting them at an agreed rate with the band, or by paying the band a set fee and then taking all of the ticket sales. In any case, it can be challenging, and – initially, at least – expensive.

There can be no doubt that if you are going to work as a promoter you need to have a real passion for it, and a desire to do, regardless of whether you are making money. Nevertheless, this can be extremely rewarding as time goes on – not only in meeting and watch fantastic bands and acts, but in knowing that you are playing a vital role in the music scene. 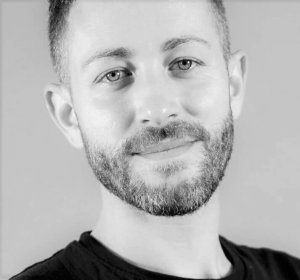 Lewis Humphrey is a BA (Hons) graduated from Point Blank School for Music with a degree in Music Production and Sound Engineering. Alongside his passion for making music, Lewis also enjoys writing about the industry and networking with leaders in the field. If you’re looking to collaborate or learn more about Lewis get in touch lewishumphrey91@gmail.com.